The book has arrived! I am thrilled to be included in Advancing Cross-cultural Perspectives on Educational Psychology: A Festschrift for Dennis M. McInerney. 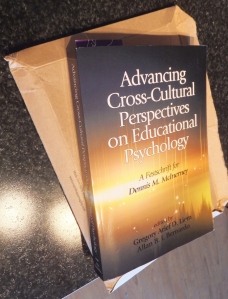 First time published within a book!

Although my Kindle library is slowly growing, I think receiving an email confirmation of a recent book purchase just doesn’t compare to getting a ‘real’ paper book delivered by post…I think I may have to order a few more as Christmas gifts… 😉

As mentioned in my recent post “Walkabout,” I will be crossing cultural contexts in the next few months.

Amidst our moving preparations, my aunt (the same sweet aunt I mentioned in my post “Ping Pong“), surprised us by…dressing as an Australian celebrity “Skippy” 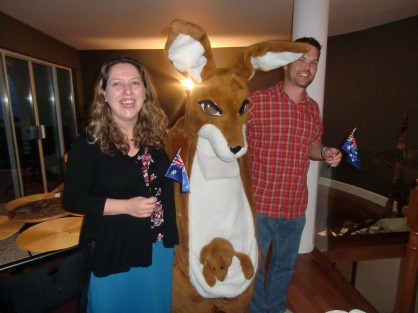 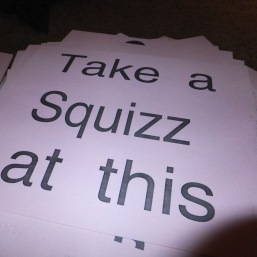 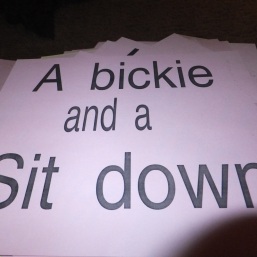 (biscuit and a cuppa tea)

Such fun!
The last time we gathered like that was also
a cross cultural event at thanksgiving time! (see my post on “Family“)

For now, we have temporarily relocated back on Vancouver Island as we wait for our travel work visas. We enjoyed living in Edmonton, Alberta for the past 3 years (and just sold our condo last week!). If you are curious about Alberta, check out these two great commercials from Travel Alberta (via my post “Here we go“)

Although we didn’t leave Canada when we moved (from BC to Alberta) we did encounter some new cultural experiences. Since I was born and raised on Vancouver Island and had done little travelling, the move off my little island to Edmonton seemed like the other side of the world.

In addition to appreciating everyone and everything I learned through
the University of Alberta…
I learned that I enjoy ‘big city’ living – thanks to all that Edmonton offered.

I enjoyed depending on train travel (the move to Edmonton became my first time without a vehicle in 20 years!)

We took advantage of the big city bonus of being able to take a
*10-minute train ride to see a celebrity:
Jerry Seinfeld‘s stand-up comedy show!
*(…living on the island typically meant a ferry ride and accommodation for a night)

Seinfeld – a true “Master of Minutiae” made us laugh so hard. We had great seats at Jerry Seinfeld’s live show in Edmonton (2011) – and what a joy it was to sit and laugh with an auditorium full of people – all laughing at shared experiences he used in his jokes about life. He joked of everyday observations like bathroom stalls; technology like Facebook, Twitter, and smart phones; useless non-statements like ‘we’ll see’ or ‘to the best of my knowledge…’

He did a bit on storage and throwing things out (very timely since Frank and I had recently moved to Edmonton…and now funny to recall as we prepare to move to Australia!) – it was so funny as he talked about how “things” get demoted, from being on display, to hidden in a closet, to a garage, then paying to store our garbage in a storage unit, visiting it like a prison inmate – promising freedom one day soon – and then even go as far to use sites like eBay to mail garbage to one another…

He tackled it all, and more. Even occasionally made it personal to Edmonton. He was so funny – it was so enjoyable to hear a witty, smart, and silly comedian, and so refreshing that he didn’t rely on foul language to get his points across (…as I mentioned in my last post “Perspective” …I tend to be on the ‘prudish’ side of language…)

After about an hour and half, he opened himself up to questions – responded to anyone who shouted out – for about 5 minutes. Some of the questions were:

“Where’s George?” – “Well, George is a fictional character, so George can be anywhere and do anything”

“Where’s the Puffy Shirt?” – in the Smithsonian…and he went on to describe the ridiculousness of having it next to serious artifacts.

“Will there be a Seinfeld movie?” – he answered no in a round-about way with “well, I’m old, rich, and tired….” and went on about how it’s all our fault for enjoying his work over the years and making him rich.

It was money well spent. A great night out with Frank (my own personal funny man) and a joy to laugh at all the silliness of being human with a room full of strangers. It added up to more than ‘a show about nothing’ – said one reporter – ‘there are flecks of serious social commentary lurking under Seinfeld’s trivial mirth.’

And if you are a Jerry Seinfeld fan, check out his site
“Comedians in Cars getting Coffee” for short comedic episodes! 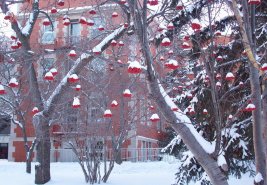 Took this very Canadian photo at the U of A

For the first time, we also watched horse racing and Indy car racing
(…not at the same time…)
and even attended some Canadian Rodeo Finals festivities!

We paid our respects at a Remembrance Day ceremony where cannons boomed over the river valley.

We celebrated Canada Day in the most beautifully-diverse city we’ve ever lived in, enjoyed the Taste of Edmonton, and mingled with 300,000 (!) people celebrating cultural customs from around the world during Heritage Days.

Being in Edmonton also meant we were close enough to celebrate with our friends
who welcomed their daughter [my favourite little girl] to Canada!

And perhaps, the most (?) Canadian thing of all was…
attending our first live NHL game!
and then another…and another 🙂

We were there when 18-year old Nugent-Hopkins scored his first hat-trick!
We were in the stands when young Yakupov slid the length of the rink on his knees in celebration of a goal 🙂

Although we lived [and are back] on Vancouver Island, we were never real Vancouver Canucks fans (only watched the occasional game on TV)…sorry to disappoint you BC family 😉

It took moving to Edmonton – The City of Champions – The home of the Gretzky statue – The opportunity to be in an arena full of excitement and cheers for the young Oilers stars – to turn us into true Canadian hockey fans.

So although we are [temporarily] back in BC now…and will be living in Australia where I hear hockey isn’t a popular sport…we will proudly remain loyal Edmonton Oilers fans.

I will always be Canadian – and am looking forward to discovering what it means to be an Australian.

Since Edmonton was our home for the past 3 years, we also found the following video “Sh*t Edmontonians Say” quite amusing – perhaps you can find a similar parody of your home town? 🙂

Also captured this sign while boarding a plane recently.
Alberta does mean the world to us – as it has opened our
eyes to the world and to a world of opportunities 🙂 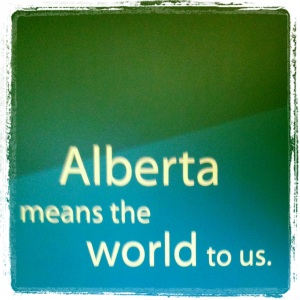